Message of the President of the Penamacor Municipality 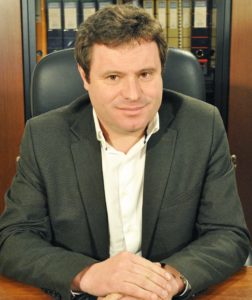 In Portugal we have a saying “Do not touch on a successful team”. That’s exactly what has been happening with the partnership between the Câmara Municipal de Penamacor and COC – Centre’s Orienteering Club, for four years now, since we decided to organize the Portugal “O” Meeting 2016 together. As I said at the time, taking into account the magnitude of that event, both from the point of view of the number of participants, and, above all, in terms of quality, as Mayor I didn’t hesitate to embark on that adventure. And the truth is that it was worthwhile! The event went well, and all the work done together has deepened and consolidated this partnership, which intends to make of Penamacor a landmark destiny for the national and international practitioners of this sport, who here find excellent conditions to train and compete all along the year.

The realization of the PIOM – Portugal International Orienteering Meeting – is embedded in that same spirit of cooperation between partners and of reinforcement of the Penamacor positioning in the field of Orienteering in the European context. Meantime, I have no doubts in repeating that Penamacor it is a land of hospitable people, located in the countryside centre of Portugal, far from the hustle and bustle of the big cities. Penamacor preserves most of the ancient traditions associated with the rural world. Its villages, coloured notes in the natural landscape, sometimes mountainous, sometimes stretched out on flatland, maintain the picturesque and enchantment that time and history give to places. The town of Penamacor, with more than eight centuries of existence, it is almost as old as the kingdom of Portugal itself. Its medieval castle and its churches, its alleys and rural houses extended over the hillside look like a realistic illustrated postcard. A fantastic scenery!

We are waiting for you at the PIOM!